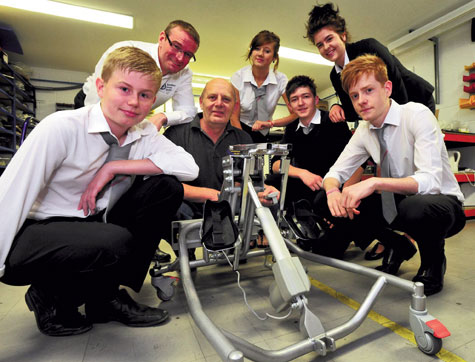 Sixth form pupils from de Ferrers Academy Trent Campus, in St Mary’s Drive, Burton, spent the morning at our factory to learn about manufacture and design.

Production manager Jon Prescott said: “We had the sixth form students along to the business as part of their curriculum — they have to cover a topic known as inclusive design.”

“They spent 90 minutes with us and were given a full tour of the facility.

“They spoke to different team leaders and were given a step by step guide from design to manufacture.”