On the 21st of June 2014 the Burton Mail held an award ceremony to honor the achievements of inspirational young people.

14 children were honoured at the Pirelli Stadium. The awards were given to children who showed great courage in the face of adversity, achievements in sporting performance and selflessness and generosity. All of the children had an inspirational story to tell that deserves recognition.

SOS sponsored the special recognition award and the Carer award. We believe it is important to recognise the achievements of young people and carers. It takes great dedication, enthusiasm and maturity and a big heart to provide support to those in need of it.

Congratulations to all of the winners: 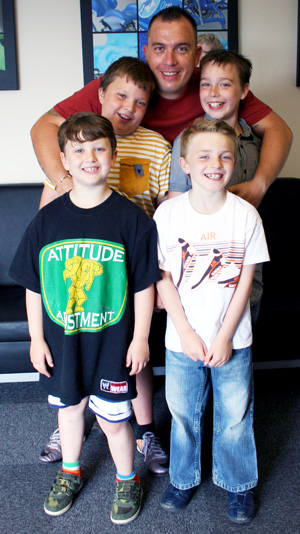 Following the day we invited award winners Dane and Aston Bradford-Disney to tell us more about why they won the special recognition award. Mr Disney, Dane, Dylan, Aston and Riley all came to visit us at SOS.

Aston was diagnosed with Leukaemia and has spent most of the last year in and out of hospital. He started off at Leicester Royal infirmary and was later transferred to Nottingham where he received Chemotherapy treatment. No easy feat for a 7 year old.

After 6-7 months at Nottingham Hospital. Dane, Aston’s older brother saved his life by donating bone marrow.  The transplant operation was conducted at a hospital in Sheffield. The operation was a complete success.

Thanks to Dane’s selfless decision to donate bone marrow to his brother, Aston has now made a full recovery. Dane now aged 12 and Aston aged 8 have been able to get back to a normal lifestyle and returned to school.

Mr Disney explained that since then they have been fund raising for good causes. This has included climbing Kilimanjaro and abseiling at Nottingham Hospital. To date they have raised over £6500 for good causes with more to come. 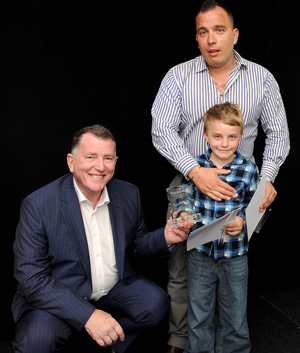 We would like to congratulate Dane and Aston on their success at the awards and their bravery and wish the Disney family all the best for the future. 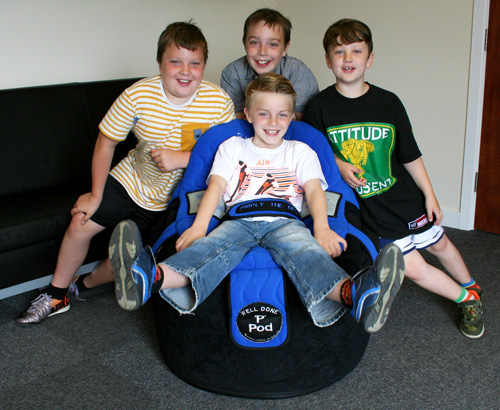 Dane, Aston, Dylan and Riley with an SOS P Pod 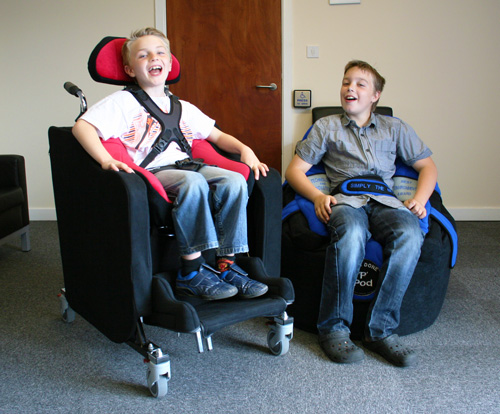 Aston and Dane trying out some SOS seating.